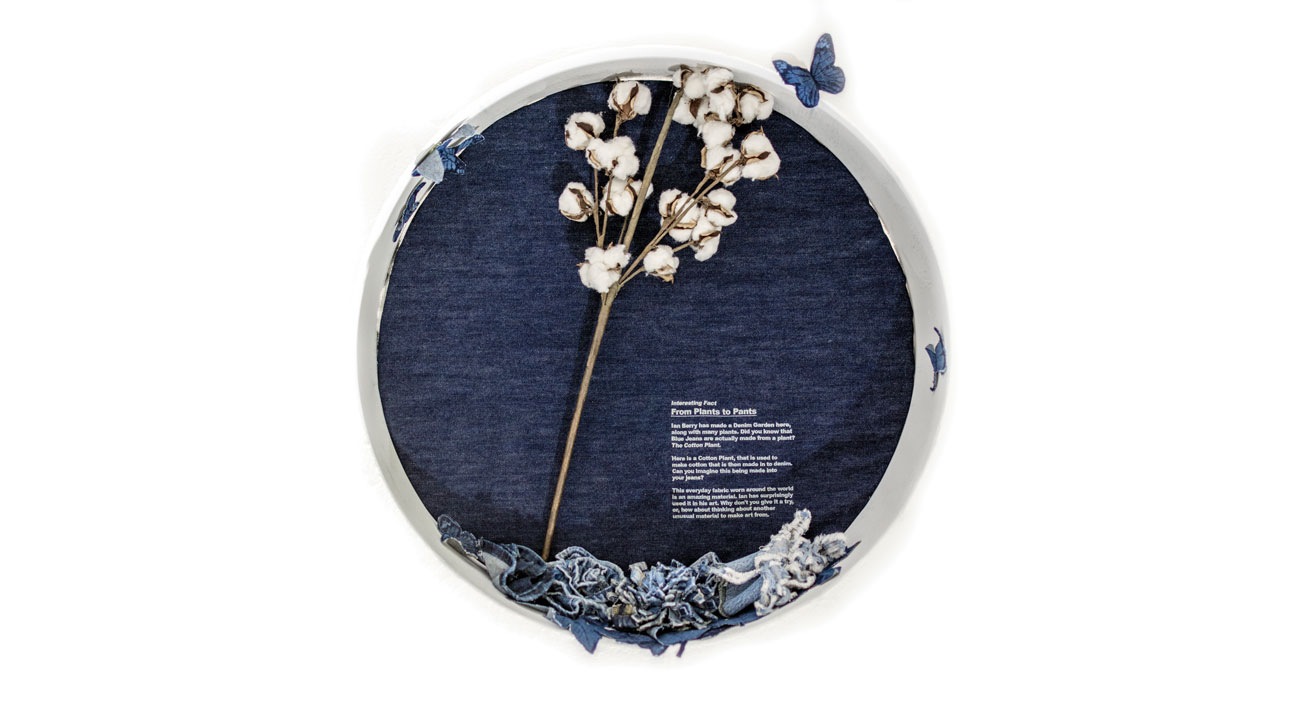 Ian Berry, who has been working in Denim for a long while, repositions Denim as a work of art thanks to his 3-dimensional designs. Ian, reinterpreting Denim as an artistic work through distinct wash methods, is portraying contemporary life and issues in his works. Ian, who wanted to be an artist as a young boy but was pushed away in the late teens by those who said there is no career and life in art, did not leave the path he believed.

He necessitates for everyone to chase after their dreams and has a recommendation for the push-aways, ‘’don’t go poisoning young minds with your own fears’’. Ian, who believes that it is important to tell and help kids see the arts can lead to good careers and options, thinks that denim is a pretty cool material what kids are familiar with and connect with more fun times (away from school uniform). 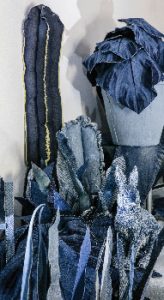 In the New York Children’s Museum, Ian, who organizes workshops for children’s with denim materials, describes the museum as such: ‘’The museum is a brilliant place, I wish I had something like the place when I was growing up. The Childrens Museum of New York have work rooms with all the equipment for children to experiment and working artists on hand to help. They also always have to professional exhibitions on, by top artists. While mine goes on I show with Ellen Harvey, many of my other favourite artists have shown there and its great children can be exposed to the work – and do work inspired by it

When asked about his main inspirers while designing this garden, he resplies as follows:
I exposed it because of children, seeing it through their (and the parents) eyes. Thinking of their safety, and enjoyment but always through their little eyes. Thinking of my childhood in my garden, and the woods, compared to many today glues to the ipads and other digital devices.

Also thinking of the kids in New York, many wouldn’t have their own gardens. I wanted to draw attention to the great community gardens hidden between the buildings all over the city. Perhaps the parent could take them afterward to see, and compare to mine!

I also found it interesting, from an education point of view, that I was making something that was made from a plant, back into plants.

When asked about how he carries out his team and works together, He replies as: ‘’I had a fairly large team on this one, from professional help with the likes of Tonello from Italy, a specialist Italian tech company who make the machines for the different laundries around the world – with specialist eco-friendly practices.

I used these in the work to ‘wash’ the denim, but I also used their laser machines to cut the vines for the trellis.

I also had the help of Cone Mills who donated the denim from white Oak, a factory in the USA that had just closed down. It was the last one to close down in the USA. Then a lot of the rest were volunteers. Who all came and helped put things together from making plants and flowers to doing photographer and illustrator skills.’’ 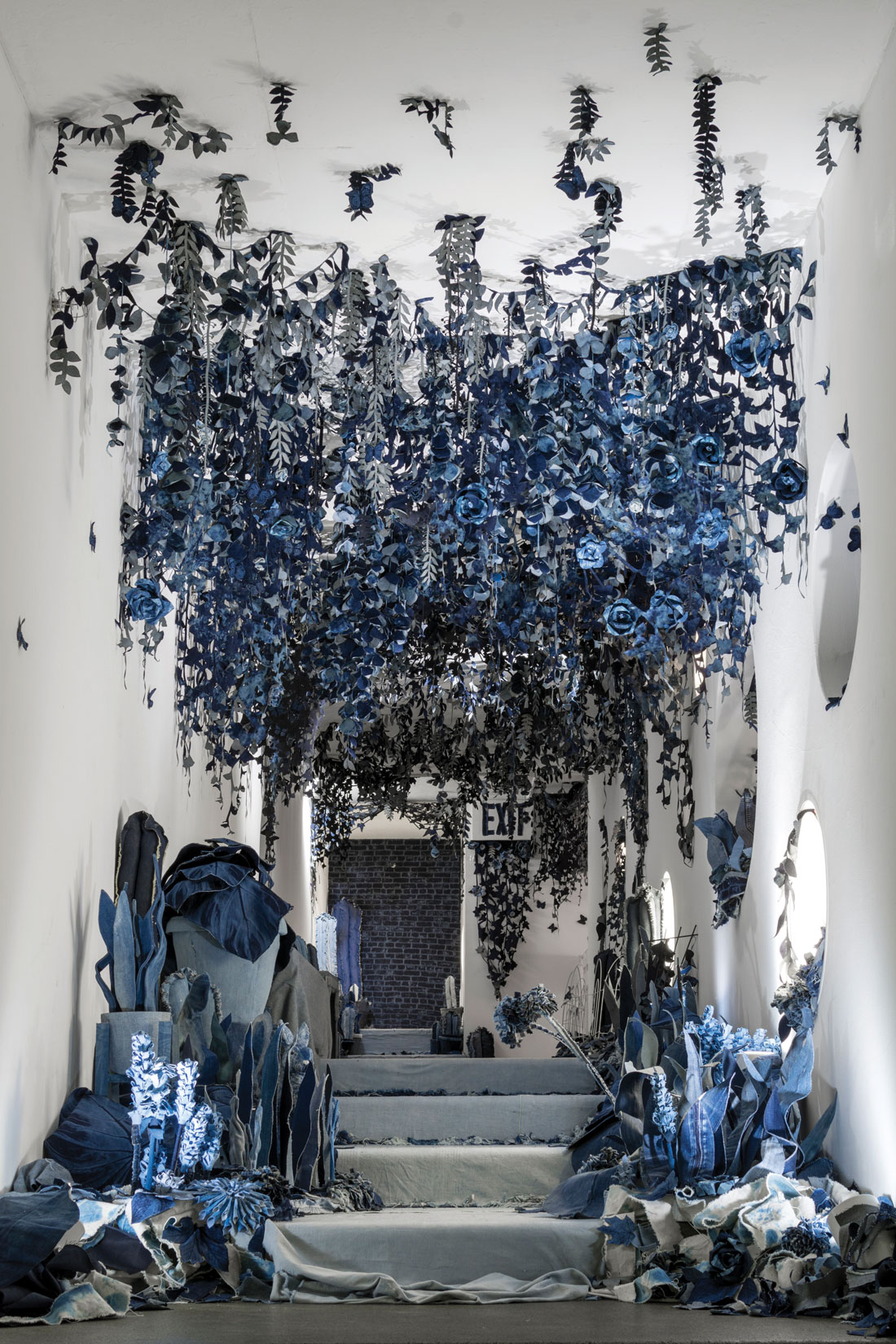 Ian revealing his thoughts on working with children says that: ‘’I didn’t make this with the children, but for them. I will do some things in future with them however. I did always make it with them in mind and that is why I made it simpler than I may have done, so they can have a go at making some of the things.I have done some other things with kids in the past and sometimes you are amazed with the bit of help what they can do, and others dismayed how easy they can give up. But always by then end they are surprised at what they could have created’’. 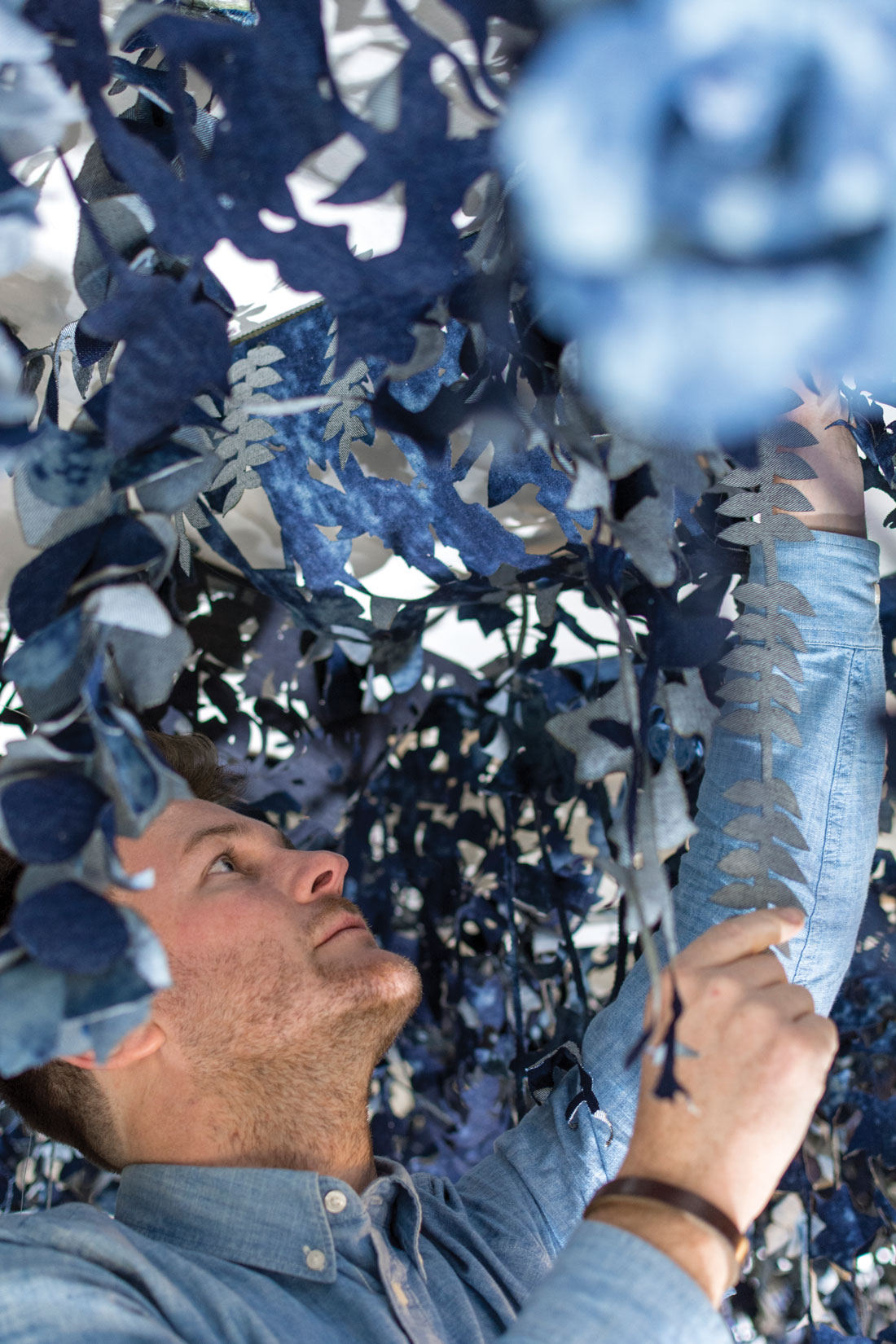 Ian, whom we asked, what would have been different for him if he would turn back to 10, replies as follows: “I just went back to my high school yesterday for the first time in 18 years, I left in 2000. It was a strange experience. Both good and bad. I told the kids they had to believe in themselves and that no one owes them anything and the buck ends with them. They are responsible for their futures and hard work counts. What I want to tell kids is that no one is more special than anyone else, no one just suddenly was good at something and rose to the top. Hard work is important but the belief in yourself and if you want to do something, do it, don’t just talk about. Everyone has good ideas. Only a few can put them into action.”

With Secret Garden Project we tried to showcase so that children can be inspired by what materials as unusual as they are, can be made in to art. There is the recycling element, there is the amazed look when they see the cotton plant and they are told it is this that is what makes the material that creates jeans.I hope they can look at nature differently, they are looking and plants, just in denim, I hope they go outside and re look at the plants, and the world around them. I hope the parent seems them enjoying being in the garden, and perhaps takes them out more to them. New York has great open spaces

Regarding his future projects, Ian gives some tips: “I’m working on many, including a portrait project, but they will all be revealed in future and on ianberry.art.” 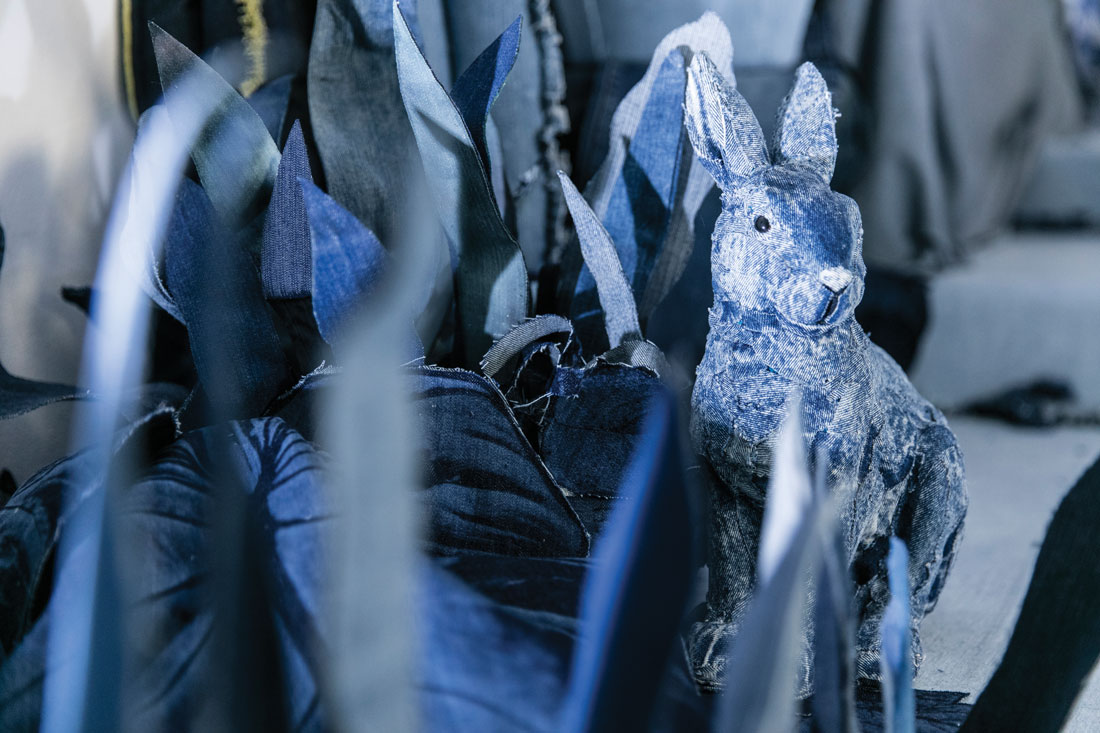 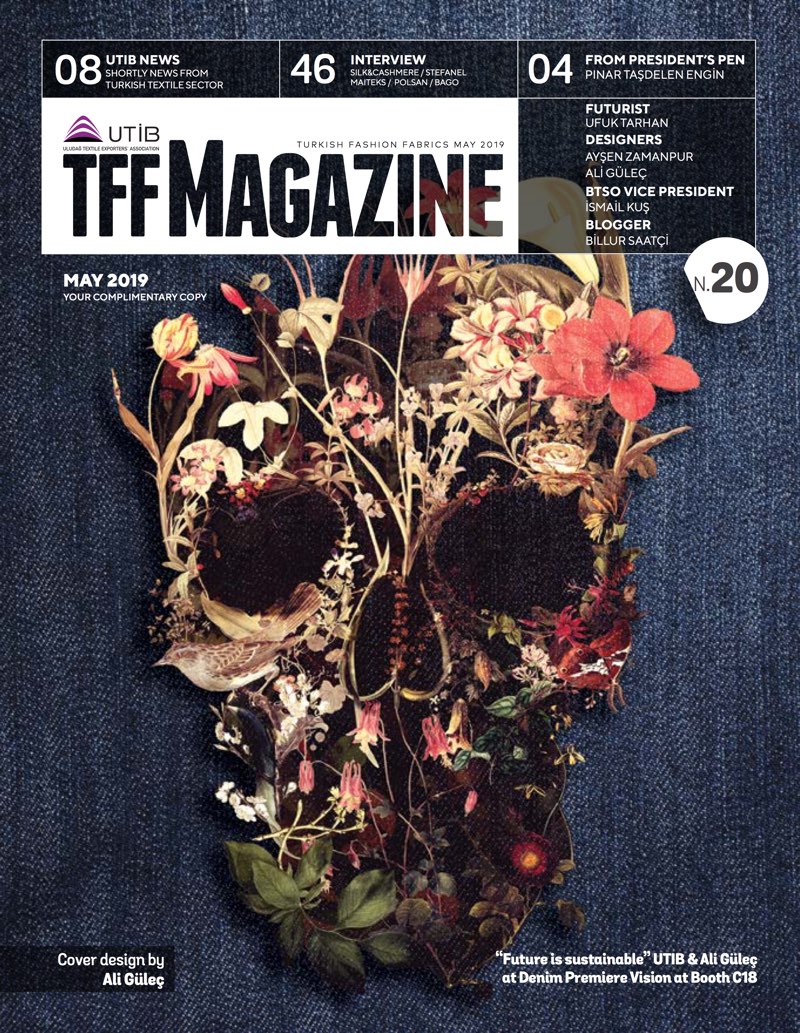