Designer Emre Erdemoğlu promises a world in which it is still possible to embrace each other, be prejudice-free, and hold each other more tightly with the theme “Embrace Me” in the 2020-2021 Autumn-Winter collection, which he introduced under Mercedes-Benz FashionWeekIstanbul.The surprise of the fashion show, which was shot and broadcast digitally for the first time on October 13 at 16:00, was Murat Dalkılıç, whose stage costumes the designer has designed for a long time.

Designer Emre Erdemoğlu, says“I tried to express the last point of human relations today with a protest narrative, in my collection. I explained in a different language that we should not accept a world where emotions and feelings are diminished, but we should hold each other more tightly.”about his collection.

take place for the 15th time,Mercedes-Benz FashionWeekIstanbul (MBFWI), will take place between 12-16 October through international digital platforms with the support of Turkey Promotion Group (TTG).Murat Dalkılıç also took part in the fashion show of Emre Erdemoğlu, one of the participating designers of the first digital MBFWI, which started shooting the fashion show. Emre Erdemoğlu fashion show shoot took place at Tophane-iAmire Culture and Arts Center.The backstage director of the fashion show was Altier Academy Creative Director, SümeyyeSelamet.While hairdressing students underted the hair of the models, their makeup was done by makeup students.

Emre Erdemoğlu graduated from DokuzEylül University, Faculty of Fine Arts, Department of Fashion Design. Strengthening his career with a master’s degree, the designer started to teach at Haliç University. He attended seminars and talks at many universities. He won the 2nd prize in the EIB Fashion Design Competition with his first Collection “Chest Stain”. Therewith, he received awards in many national and international competitions. Then the designer, who was invited to Italy, held his first fashion show in Italy. Erdemoğlu, who has taken part in various fairs and organizations both in Turkey and abroad, has been exhibiting his collections for the last 5 seasons at the “PittiİmagineUomo” men’s fashion fair.

Emre Erdemoğlu, who performed his 5th fashion show in Italy in 2012, was awarded with his latest collection. In the same year, he founded the brand “Emre Erdemoğlu”. Erdemoğlu, who provides consultancy to various companies, has put his own brand on the market under “Istanbul FashionIncube”.

The designer, who then presented his second collection for sale in Beymen Blender store for the first time, attracted the attention of Vogue Italia and met with TurkishLeatherBrand in a joint project. Erdemoğlu, who performed a special 8-page fashion shoot for Vogue Italia, worked as a “Design Consultant” for many textile companies between 2009-2017. The designer is currently preparing collections and training for brands other than his own. 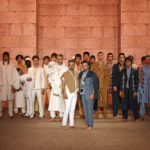 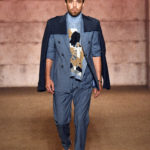 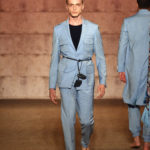 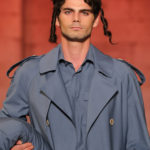 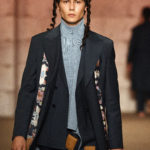 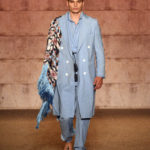 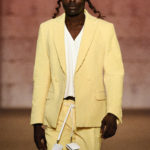 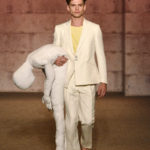