Bahar Korçan, one of the most successful Turkish fashion designers worldwide, gravitated toward the field of design upon her teacher’s canalizing her skills to fashion. She presented her collection, named Naturel in the competition organized by İTKİB in 1992 and made a delible impression of herself by winning the competition. 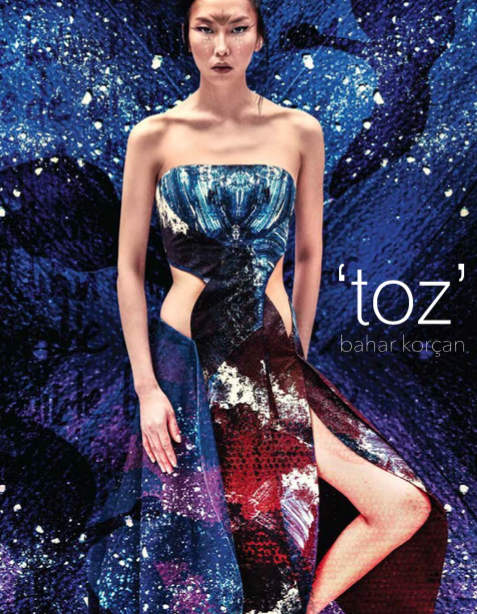 Bahar Korçan is the first person opening Turkey’s first fashion design office in 1993. She had the chance to work with famous names such as Yonca Evcimik, Demet Akbağ, Sezen Aksu and Tarkan. Bahar Korçan, who became popular with her poetry skills and short stories as well as her designer identity, continues to work in many fields such as ceramic tile-floor, dinner set, and stationery. 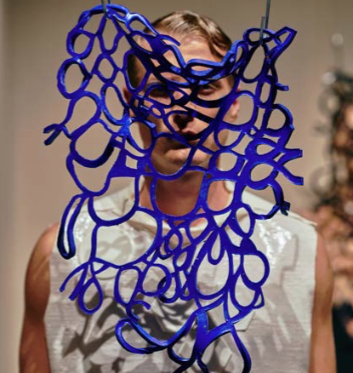 INITIALS:
2006 – She was elected as the Founding President of the newly established Fashion Designers Association.
2005 – She became the first fashion designer chosen as the board of directors of Turkey Clothing Manufacturers’ Associations.
2002 – She designed corporate clothing designs and applications for 6500 employees of a logistics company which was a first in Turkey.
2000-2002 – A new structuring and opening to the world; opening abroad took place for the first time, starting from the American and German markets with a new formation.
1999, She had the honor of being the first Turkish designer appearing at the Paris Premier Vision with her 2000-2001, winter collection.
1999– She is the first designer bringing the Warehouse-Store concept to Turkey.
1993, She opened Turkey’s first style office.
1992 – Her collection Naturel was exhibited at the opening show of the “IGEDO” fair in Dusseldorf. It was widely heard in the international fashion press. And she was accepted as the pioneer of the fashion trend in this sense.
2012 – She has prepared a ceramic collection named “My Fairy Tale” for Serra Seranit. 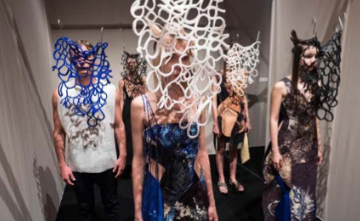 2017 “Retail Sun Jury Special Award” with the design the activity is in Tomtom Street.
2017 Artistic Activity Award Contributing to Tourism with her Design ”the activity is in Tomtom Street”, given by Skalite ”
2017 Mercedes-Benz Istanbul Fashion Week Achievement Award given for outstanding contributions,
2017 Turkish Design Advisory Council “Design Honor Award”.
2011 Işık University Fine Arts Faculty Dean Special Award.
2006 Dünya Newspaper Most Successful Female Entrepreneur Award.
2003 “Fashion Designer of the Year” 11. GOLDEN LENS AWARDS.
2000 Successful Woman of the year Award by Marmara University Rectorate.
2000 “Women of 2000” award.
1999 Most Successful Woman of 1999 , chosen by Oriflame.
1999 Most Successful Woman in the fashion category in the organization 75 WOMEN IN 75 YEARS, realized within Sabah Magazine Group, in the 75th anniversary of the foundation of the Republic.
1999 Best Designer Awards within the context of 1999 FASHION AWARDS in Istanbul Fashion Days (held for the first time).
1992 Natural collection ranked 1 st in Turkey under TURKEY ITKIB STYLIST competitions.
STORIES and PUBLICATIONS
2017 A columnist wrote in Turkey’s Women’s Meeting website called Kadinbu.com.
2010 ”Do not involve ”project has been published.
2005 Her column was published in Hürriyet Kelebek.
2007 She wrote the poem “I’M A FREE DWARF” and it was composed in 2014 by Julide Özenbaş.
2003 Two stories were published in the book “CRAZY STORIES and FUTURE STORIES by Okyanus publishing house for the first time.

SHORT FILM
In August, She made a Short Film about the HiS 3, The Summer 2006 Collection. The film was awarded a special screening at AK Sanat short film festival.

Every designer has a unique fashion definition. What do you think about this? and how do you define your Job in specific?

Fashion is a rich area to understand and perceive the life and human being. For me, it’s beyond drawing, simply touching fabrics and writing the poetry of each and every collection. First, the words emerge, then the textures and colors come in. Like life itself, Fashion is multidimensional in nature.

In addition to being a designer, you have a potential that sets trends, creates awareness and guides fashion. How did you manage that? Is it possible to se Turkey where textile is one of the most powerful areas, as a popular trendsetters in the field of fashion?

It’s all about perception. I actually have a multiple perception system. As life flows, I can feel the subtitles and the hidden meanings that are left around the corner. This makes my fashion design journey even much more entertaining.

In fact, we are also the ones, forming the phenomenon that we call trend, ever-changing and sometimes dragging us senselessly. At this complex point where the world has come, it is not the trends that are important, but the definite actions we have to tackle to protect the world. The situations that we aimlessly and soullessly chased after in the name of fashion is already outdated. Our most important mission is to save the future and create a world where we can breathe.

3. Can you tell us about your own style and designs? What are your inspirers, the elements that add originality to your designs, the features that make you?
Ever since my first collection, I’ve been telling a little more advanced version of the same belief that I always held dear and true. The next collections emerged out of my journey and my distinction in this game. For example NATURAL 1992 – STONE and FLESH 1994 – ORGANIC RHYTHM 1996 – VIBRATION OF EXISTENCE 1997 – WOMEN OF OTHER TIME (for the benefit of Çatal Mound) – BALANCE 2000 – ANATOMY 2001 – A 2001-02 – SELECTION 2002 …….still continues. I recently made a fashion installation exhibition called TOZ (Dust). It was exhibited twice at the Galata Crimean church and Zorlu PSM.
I’m telling you about life and my journey in this life.

You have survived a major illness, defeated cancer, and you are on your way with stronger and more robust steps than before. In fact, during this process, you presented the capsule collection you prepared for the ‘’Love my Body’’ brand to fashion lovers on May 8, The World Ovarian Cancer Day. What do you want to say about that bitter period after severe fighting, re-producing and re-shaping your life?

I would like to answer that question with a poem of mine.

ARRIVAL TO OXYGEN
Being a female of the human race is not easy.
Your color develops by the soil you step on.
Your voice changes by the breeze it blows
Let the mountains be drilled for you
Let your name be engraved in trees,
You, the sultan of warm climate,
Be the leader of the snowy hills.
After all, you’re a female.
Your soul smiles at destiny.
The aim is ”Be” and ” Become”
A Handful of tight moments,
Words just lined up as far the roads she walked,
She carries in her purse her presence.
What they will give is certain.
Only fate knows what they will take……

Being a female of this race is not easy.
Sometimes, her presence is like a trail in the sand,
Sometimes like a monument in a square.
Like her hair, she is free, abundant, messy and unique.
Sometimes her hair is wiped like the memories she left behind.
Suddenly breaking the emotion tubes,
She throws out her skin for months, scratching his glaze,
Sometimes turns a light with peach blooms,
Dispels the fog of a sad city.

Being a woman is not an easy being.
It is a case of merit.
When she mirrors her smile to her being, she is light.
When breathless in her depths, she is dark.
When being like her true self,
Neither hardships of life, nor the sharpness of the storm remain.
If what they give is being her true self without compromising the original;
She blooms like fertile soil,
The Female being.
Gives birth.
Fills the err’s with love.
Her flowers bloom in early spring.
Happily, her dreams shine in the light.
When she finds her true self;
The purpose of your life is unswerving.
The wheels rotate in harmony in space.
The woman flowing like a river,
Leaves obstacles in the water drain everything.
Deadlocked loves,
Faded lyrics,
Superficial touches
Sacrificed just upstream,
Watch them motionlessly
Herself on a riverbank.
The glory of being yourself.
Then, Exceeds all wounded situations,
And finally reaches oxygen.
Stay with love.

What are your thoughts on Turkish fabrics as a leading designer, spearheading the fashion? How do you ensure fabric supply while preparing your collections?

We have very successful fabric manufacturers. I find it very important for our sector to prepare joint collections with designers. I think that the signature collections prepared by the designer and manufacturer themselves create a good awareness for both sides.

Today, sustainability is at the forefront of fashion, as in almost every field. Last week, you also had the chance to attend a session on this topic at the Techxtile Start-Up Challenge. Can we get your thoughts on sustainability in fashion?

We live on a single planet. We don’t know another one. Even if we know, we don’t have the technology to go and make a living there. At this point, where the human population is so dense and the waste he produces is so much, we don’t even allow another living thing to share the world. We pollute every unpolluted area so carelessly and quickly. We’re in a position, deemed disrespectful, unpredictable, and just profit-oriented. This is extremely wrong. We need to change this perception and attitude in an action flick.

There was a wonderful conference, held in Bursa. The speakers presented progressive projects the next day, which was very nice. But there’s no more time to lose. What we need to do now is to find out what we can change about ourselves and quickly implement it. Frankly speaking, we need to make a list of what we really need.

Rather than shedding tears for every drop of contaminated ocean water, we need to practically contribute to the positive change.

This is a highly sensitive issue for me. I repeatedly mentioned it in my speech. The fashion sector is one of the sectors that consume excessive water resources. Change has to start from ourselves and it will make a difference once we put it into practice. Every fashion designer should now think of producing collections that are easy to transform with textures respecting the new nature, with less waste rather than the word neither trend nor fashion. The future human model is no longer the old version we know. First the world, then the fashion.